It’s a Beautiful Day in the Neighborhood

All of a sudden there is much activity on the northern end of Gulf Shore Blvd North. There are two major construction projects which have been in the planning stages for years. Below we will provide a brief update on what’s happening with them.

The Venetian Bay Yacht Club North rebuild has been in the planning stages for about two years. In late November, the project broke ground with the removal of the pylons and the old dock system. The VBYCN is comprised of 75 boat slips located just north of the Park Shore Marina and ending just south of the Quadrille condominiums at the north end of Venetian Bay.

The newly rebuilt yacht club will be in the exact same footprint as the one it is replacing, it will not be expanded in size. The new docks will be rebuilt at an elevation six to twelve inches higher than the original. The new pylons will enable those owners desiring to add a boat lift to their slip to do so. It is anticipated that this project will be completed in late Spring of this year. As a point of interest, you must be a Park Shore resident to own a slip at VBYCN.

We all look forward to seeing this project completed, it will be a great addition to the GSAC neighborhood. 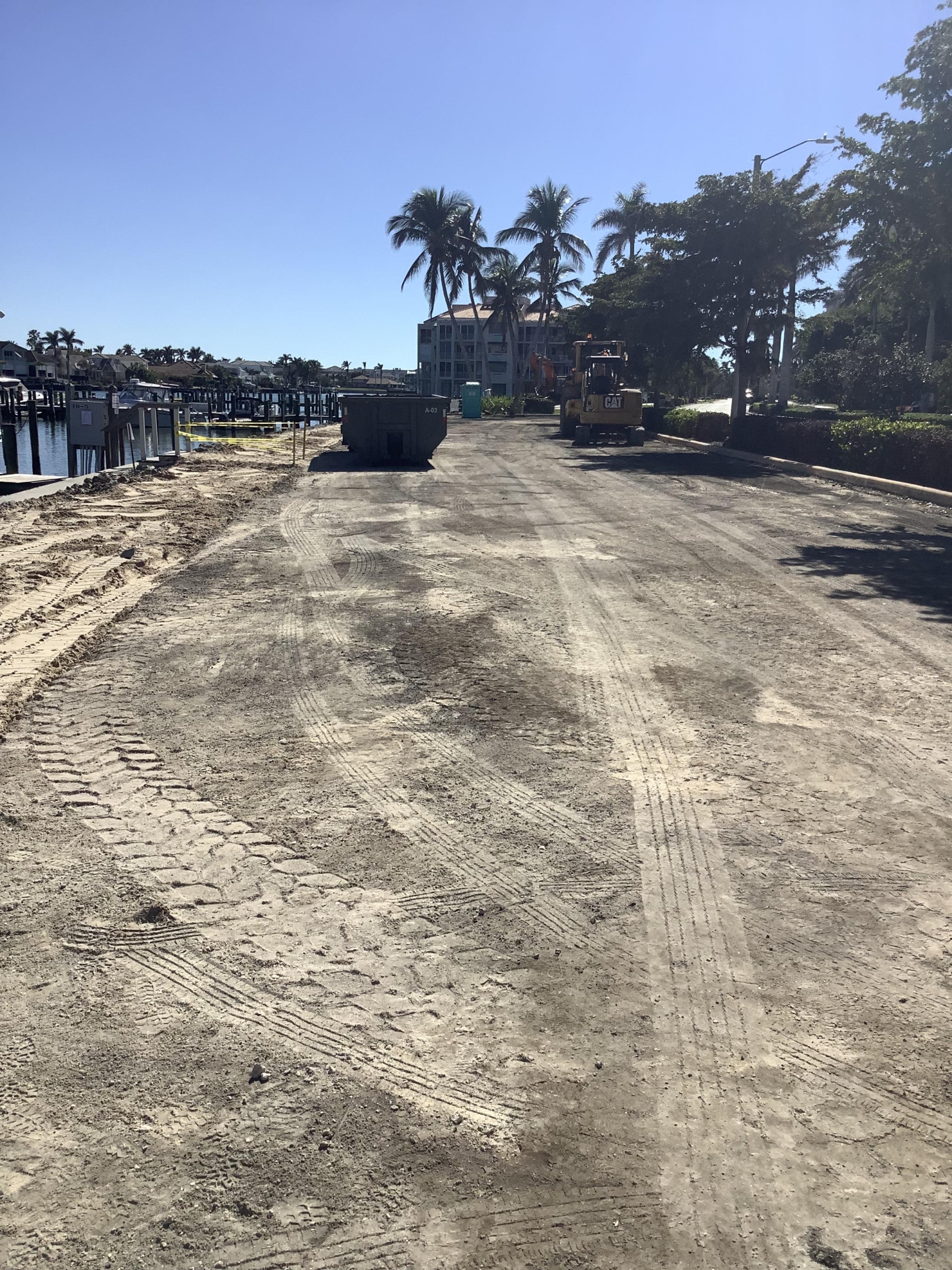 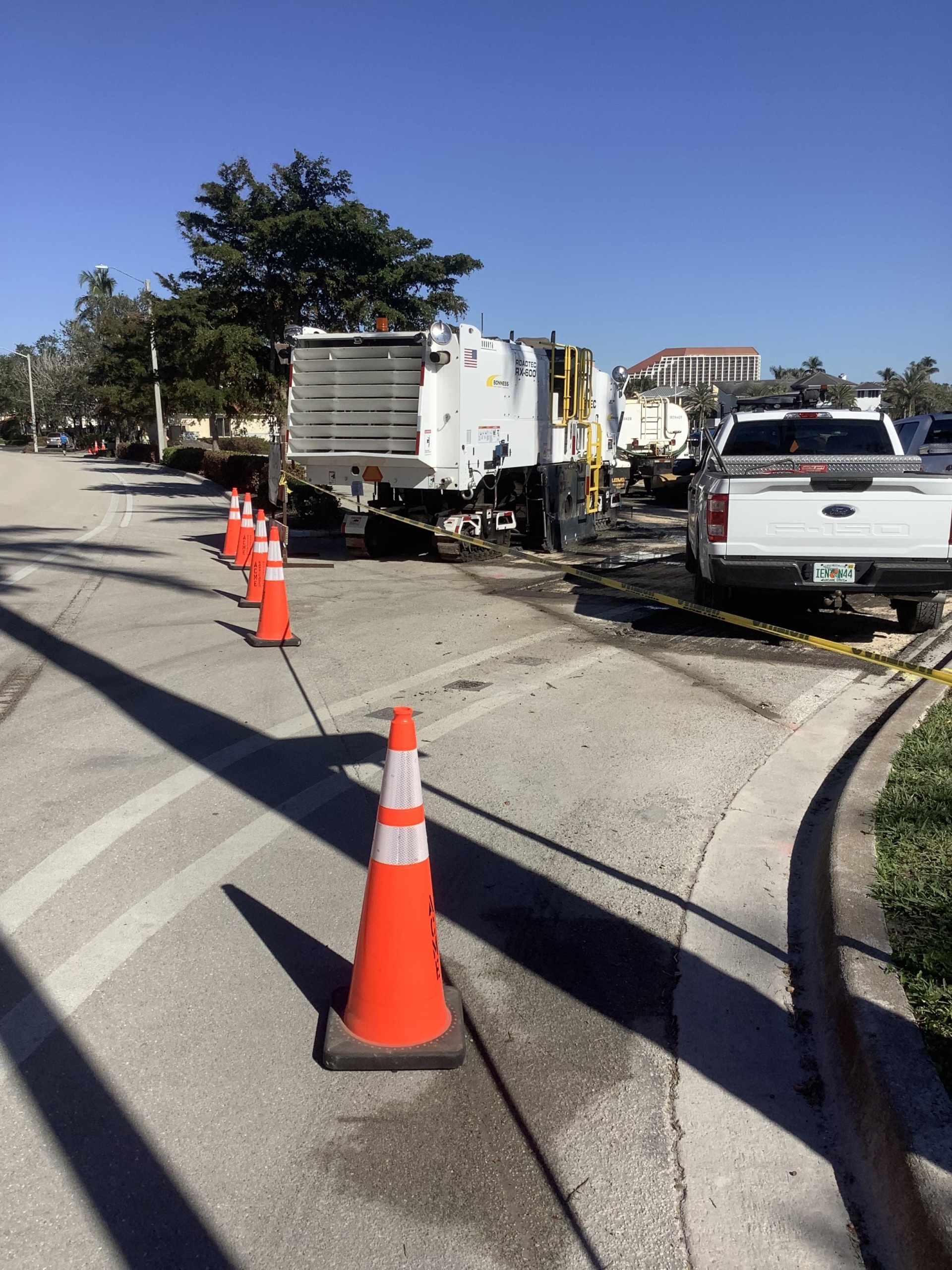 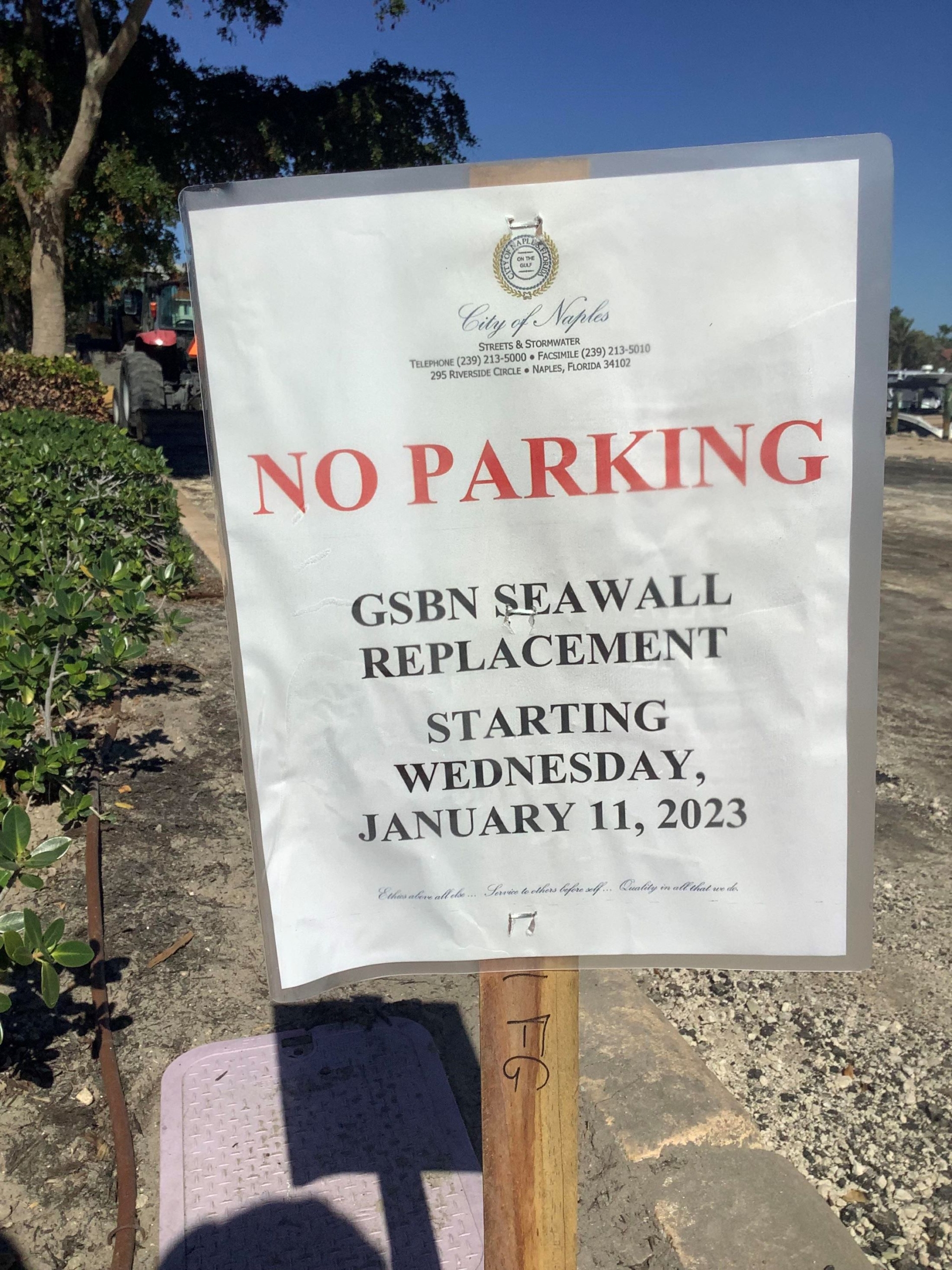 This project began nearly five years ago on May 8, 2018 when two GSAC Board Members including myself attended a Naples City Council to request the City file a Declaratory Judgement action to determine who owned the Seawall. Based on the documents available it was unclear whether the City or a private party owned it. Last year it was determined the City was the owner. The City then hired an Engineering firm to assess the condition of the 3200 linear foot Seawall along Venetian Bay from the southern end of the Venetian Bay Yacht Club South to the northernmost point of the Bay.

At a City Council Meeting last fall, Council voted unanimously to approve an expenditure of $2,099,000 to replace and repair the first seven hundred feet of Seawall beginning at the south end of the Quadrille Condominium and ending at the northern property line of the Tropics condominium. The work began on January 11 with the parking lot and curbing being removed. The scope of work includes building a new Seawall six inches higher than the original one to provide additional protection against seawater rise. Additionally, the sidewalk and curbing will be replaced, the parking lot will be repaved and the landscape replaced. After the completion of phase one, the city’s engineering firm will determine which section is most at risk and will proceed to repair and rebuild that section next.

GSAC members will soon have a beautiful and safe promenade to stroll on. Thank you to the Naples City Council members and the Streets and Stormwater Department for all your support in moving this project forward!