Contributed by Pamela Nicholls, GSAC Board

County’s Coastal Storm Defense Plan has the potential to change the shape and face of our coastline forever.

Nature is a great teacher; mess with her at your peril.

We are privileged to live along the Gulf of Mexico, on a continuous beach which stretches from the county’s northern border to the Gordon River. Yet, our flat coastal plain makes us vulnerable. Not only from a rising sea level, but the potential for physical and economic damage from flooding is great, especially from the storm surge associated with major weather events.

Donna, Wilma and Irma are just three of 16 recorded hurricanes to hit south west Florida in recent history. Irma alone caused an estimated $50 billion in damage and was the catalyst to Federal funding for a $3 million study aimed at strengthening our coastal defenses and improving coastal resiliency in Collier County.

On July 31, 2020, the US Army Corps of Engineers (USACE) released the initial findings of the Collier County Coastal Storm Risk Management (CSRM) Feasibility Study and the Tentatively Selected Plan.

The mammoth project, with projected costs totaling $4.8 billion, was unveiled to the public at two virtual meetings in August. 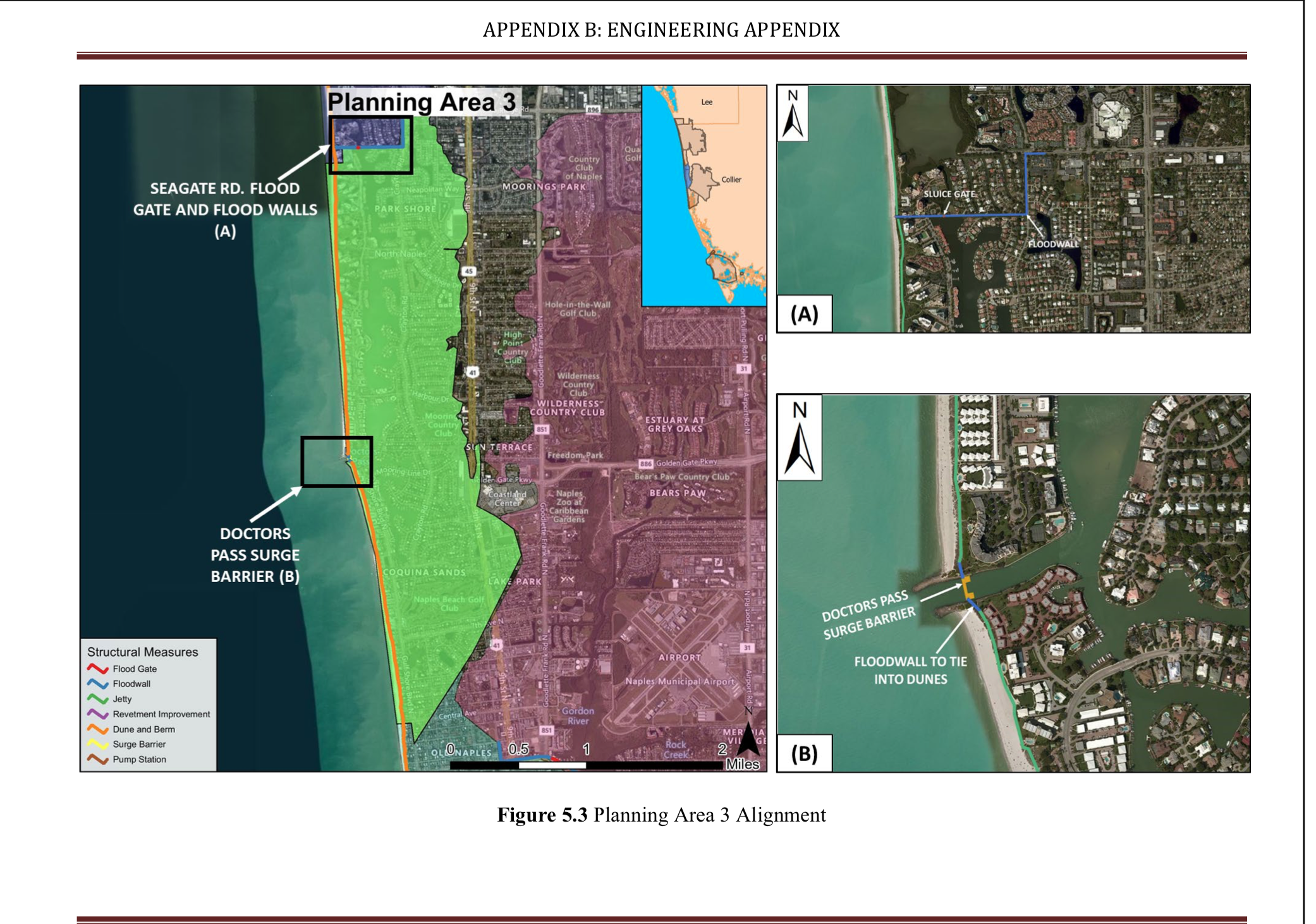 Nearly 10 miles of shoreline, from Wiggins Pass to Gordon Pass, will be affected by wider berms and higher dunes. USACE is proposing that dunes are raised to 12ft and that berms are increased to 50ft from Seagate Drive to 1st Ave South.  The increase in dune height is significant when you consider that average elevation along Gulf Shore Boulevard is below 10 ft NAVD.

However, dramatic structural measures aren’t confined to the beach. The plan also calls for the construction of sector gates at Wiggins and Doctor’s Passes and a flood gate at Seagate Drive. According to USACE’s Zach Martin, the incredibly complex sector gates are considered critical components of the plan. If the project is authorized and funds are appropriated by Congress, they will become permanent features of our shoreline. 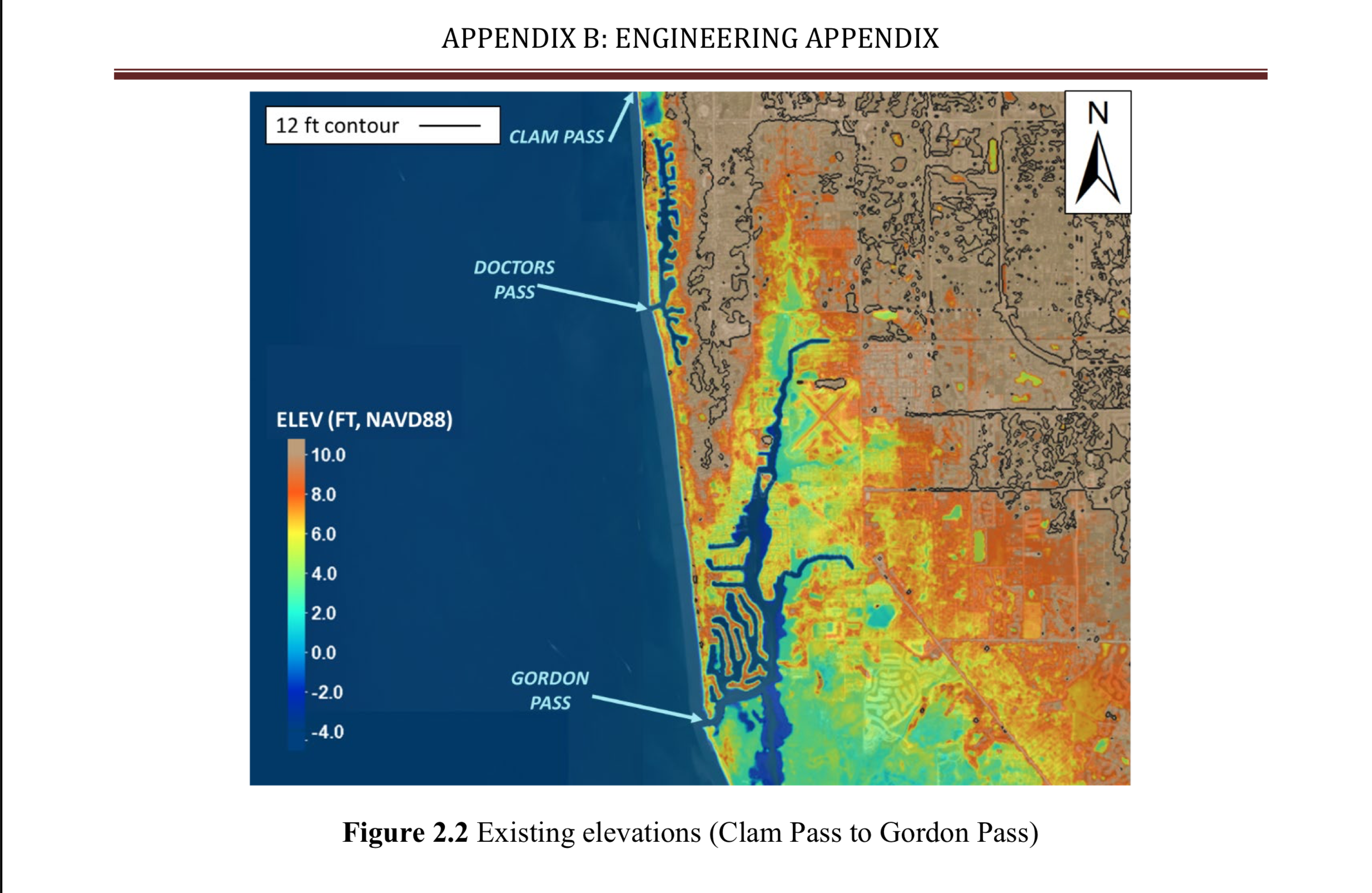 “The current plan is a conceptual, stresses Andrew Miller of Collier County’s Coastal Zone Management team. “It is only 10% designed, so nothing is final. We have quite a bit of work to do before anything is certain about the gates. These structures will involve very detailed design work and also be very expensive to construct.”

As non-Federal sponsor, the County will be expected to pitch in 35% of the cost of the overall project with the Federal Government contributing 65%.

While the City of Naples is geographically and population-wise a small part of Collier County, it is a large part of the scope of this study. 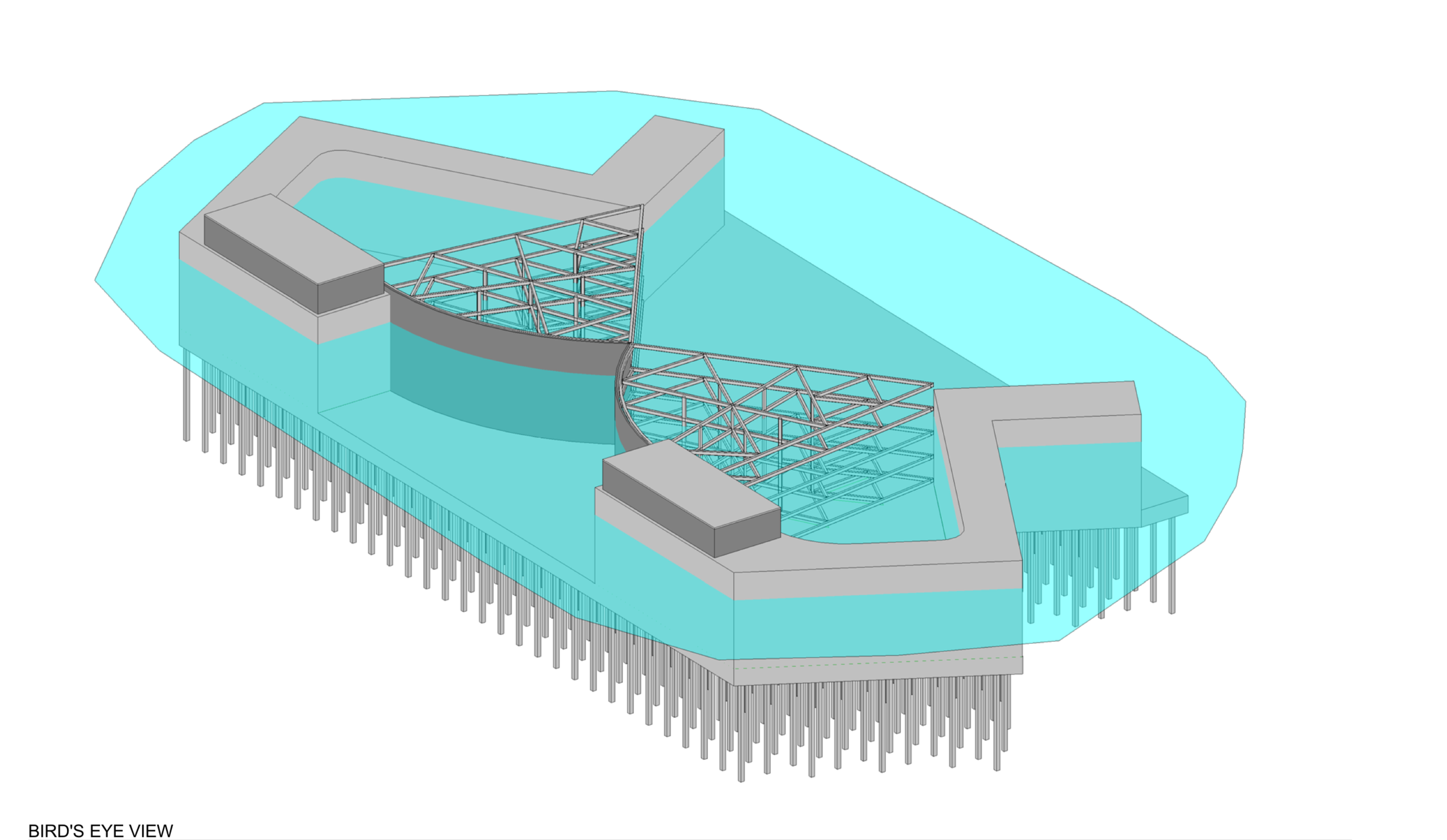 City manager Charles Chapman raised over 30 issues with the draft plan in a nine-page letter sent to the USACE in September. Among the City’s primary concerns are the negative visual and aesthetic impacts from higher dunes and a sector gate “and associated structures” at Doctor’s Pass. He requested specific outreach to individual residents directly impacted by the project. “Gaining the support of residents for these projects will need extensive communication and education,” wrote Chapman.

According to Miller, publication of a new, final version of the study is now due in early August. A signed USACE Chief’s Report has also been pushed back and is now anticipated for release in October 2021. The Chief’s Report is sent to the chairpersons of the Senate Committee on Environment and Public Works and the House of Representatives Committee on Transportation and Infrastructure. Congress could then approve the plan and appropriate Federal funding.

If and when (2022 at the earliest) that happens it will jump-start the pre-construction engineering and design phase (PED). Project implementation is expected to begin in the year 2029 with beach construction occurring first.